The T50 measures the Calcification Propensity, and thus the endogenous defense capacity against calcification. The measurement also reflects Phosphate Toxicity, as the calcifications are linked to dysregulation of phosphate in diseased patients.

The assay relies on the formation of CPP1 by addition of exogenous calcium and phosphate to a human serum sample. The newly formed CPP1 undergo spontaneous transformation to the more toxic CPP2, a process which is optically monitored by the T50 analyzer. The reported T50 value is the time necessary for the serum to convert 50% of the CPP1 into CPP2.
STUDIES
Clinical researchers worldwide are using the T50 test (and the underlying physiological role of CPP) and have published over 30 studies, including over 18'000 patients so far.
UNDERLYING PATHOPHYSIOLOGICAL TOXICITY
OF CPP2 MEASURED BY T50

Human vascular smooth muscle cells (VSMC) are the
cells in the vascular system that are predominantly
affected by calcification in CKD. VSMC exposed in vitro
to CPP1 do not develop calcification, but exposure to
CPP2 result in rapid calcification, inflammation
(TNF-alpha) and oxidative stress. (Figure 1). [1] 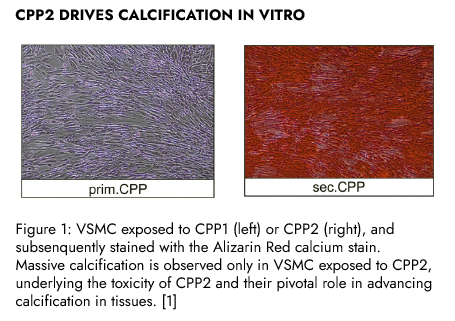 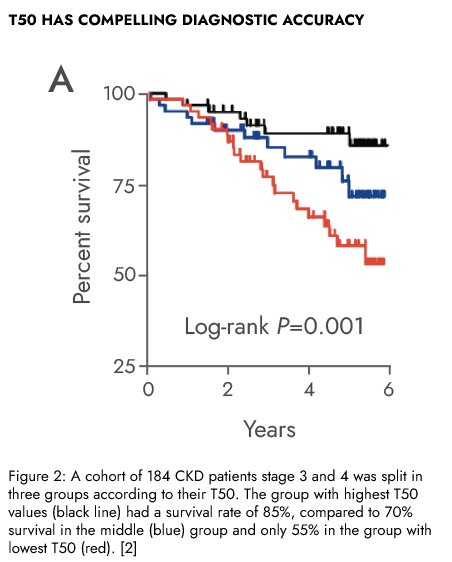 Mortality. Lower T50 values in kidney patients were associated with the progression of vascular stiffness and shorter life expectancy, see Figure 2. No other in vitro tests could statistically predict difference in survival (calcium, phosphate, magnesium, pyrophosphate and fetuin-A). [2]

Cardiovascular complications. In a study with 2785 patients, each 84 minutes (or 1 standard deviation) lower T50 value was associated with an 38% increase in myocardial infarctions. [3]

A low T50 value is consistently associated with poor outcome. Therapies can be personalized with the aim to increase the T50, and thus expect improved outcome. For example, an intervention trial demonstrated immediate improvement in T50 in the arm subjected to the therapy (increased Mg2+ concentration in dialysate, see Figure 3). [5] 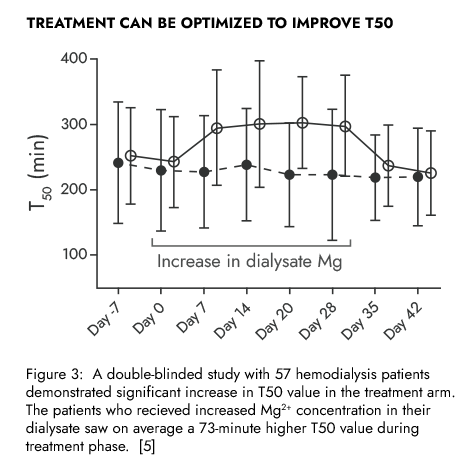 STUDIES WITH T50 IN NON-RENAL PATIENTS UNDERLINE THE BROAD CLINICAL VALUE OF T50: 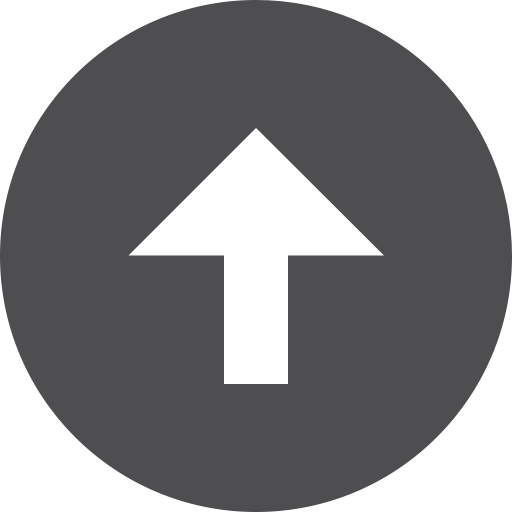